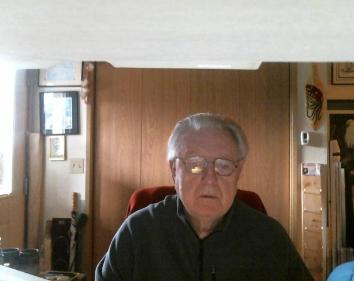 Opportunity came early in 1993 when he retired from his career and started doing art in his apartment. Within a few months working everyday Bob created several hundred pieces of art using several Medias. Showing his work to several of his friends they were amazed at the quality and artistic expressions. Some of the original work was sold to his friends for little or nothing but being a businessman he photographed each picture and also made negatives for future reproductions that became the basis of his gallery.  In 1997 the Patterson collection of art was first displayed in a small gallery in downtown Anchorage, Alaska. The gallery display and a large
area for his art school produced enough income to expand the facility to over 4000 square feet and the largest one man gallery in the state
of Alaska.

The gallery displayed over 500 originals and several hundred edition prints. Artistic products using the library of Bob’s art increased the
monetary base. Patterson –art which at the time was called Arctic Winds Inc LLC hired several sales people to create new markets to
increase the monetary base. Sales were growing and the out put of the artist slowed to a trickle due to all the people involved and the
logistics of the operation. Arctic Winds became a partnership and the new capitol helped to increase the advertising and art
manufacturing. The corporation also invested in the internet with a large website utilizing the exposure to enhance the sales. The internet
relatively new to art galleries is very complex and slow to reach the markets that are necessary to increase sales. The website became a
portfolio for all the art and had to be maintained to reach customers listed as clients. This was not a profitable venture and soon it was redesigned to employ new technology and faster presentation.

Arctic Winds invested in limited edition lithographs to cover a large market that was the internet customers. Several series were produced
by Patterson in new areas of art. Totemic art was expanded to put the totems and the real animals together with the legend stories to
preserve and teach the true meaning in the folklore of the Alaska. The series was completed in 1998 and can be expanded due to the
artist research, and many years of study. Other series were created to appeal to our new art markets.

The base core of Arctic Winds Inc. has moved the operations to La Conner Washington including all the inventory and originals. Arctic
Winds Inc LLC was dissolved in 2004 and was renamed Patterson art under the new name Bob’s art in now displayed in 43 categories
exclusively on line.

New art products are planned for educational CD/DVD’s for children teaching them the tribal art and symbolism plus the legend stories of
the Klans, their history which is being lost. The artist has published two books Northwest Symbolic Realism, and the White Raven which
are available both books have Legend stories along with symbolic images.

Patterson-Art is stepping forward to enhance the portals of new art and fine art so that you can see into the world of this Master artist.